Bringing together People who Drive their own Dreams! 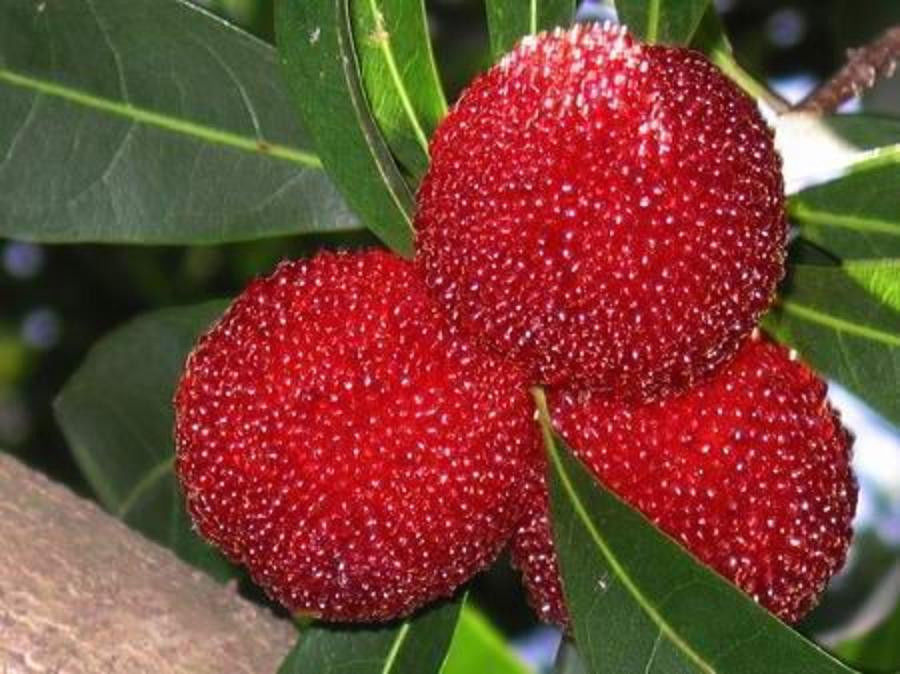 Yumberries (the new name for yang-mei fruit) have been grown and enjoyed in China for thousands of years. The fruit is actually called yang-mei. The way the Chinese pronounce it in their dialect is 'yang-mee', which sounds similar to yummy. The yumberry, also known as a red bayberry, is a subtropical fruit native to Asian countries such as China. There are over 100 varieties of Yumberry, ranging in color from white to purple. The most common color is a brilliant red.This reddish fruit is highly perishable with a juicy, slightly acidic flavor is eaten fresh, dried or canned. While you may not be able to find fresh yumberry at your local market due to its delicate nature, you may be able to find it in juice or frozen form. The outside of the fruit is completely bumpy, but it has the consistency of a seedless strawberry. They look a little bit like a raspberry with a sweet-sour flavor similar to cranberry and pomegranate juice and it stains like pomegranate juice. Their texture is unique -- slightly stringy like the flesh of citrus fruit -- with a pit in the center. 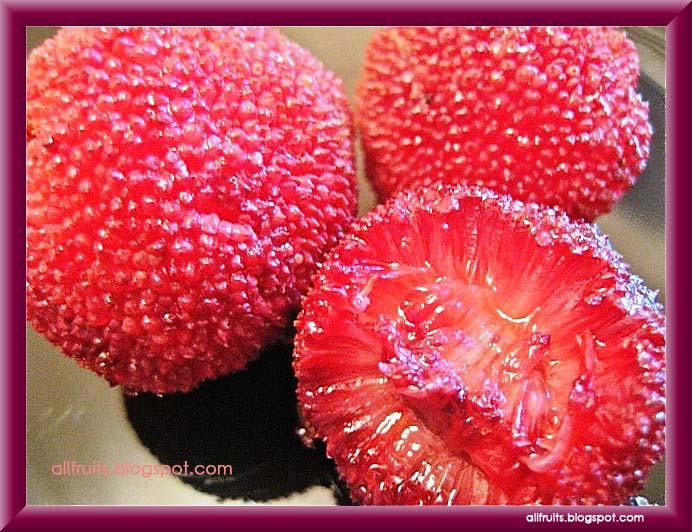 Yumberry grows up to 30 feet (10 meters) in temperate environments. The Yumberry fruit ripens on the tree during the summer months, with a very small ripeness window of only a few weeks. The tree is an evergreen, with pale silvery bark and slender green leaves. They have a high tolerance to pests and diseases, they are often grown organically with no pesticides applied to them. Yumberry is harvested from one hundred-year-old trees for only three weeks each year (from June to July) and is very perishable. It takes 10 years before the trees bear fruit. Yumberry is often planted in areas with poor soil because it is a nitrogen fixer and will replenish the soil it is grown on. For this reason, it makes an excellent crop for fields that need long term nitrogen restoration, because it will produce profitable fruit while renewing the soil. If you want to pluck some of them you have to do it early morning because once the sun hits the fruit, they turn red. You actually want to pick the darker, blacker yumberries, which are much sweeter. The fruit is only harvested for three weeks a year and has a very short shelf life. Nevertheless, according to the New York Times, there are twice as many acres of yumberry trees in China as there are apple orchards in the United States, making it a very popular fruit on the other side of the world. 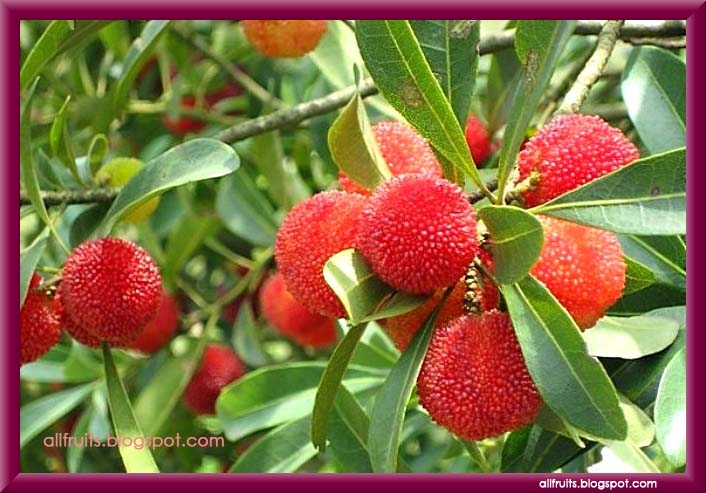 Like many other berries, yumberries are full of nutrients. They contain strong antioxidants and numerous vitamins and minerals, including high quantities of vitamin-C, thiamine, riboflavin, and beta-carotene. Most notably, yumberries contain the highest known concentration of a powerful class of antioxidants called oligomeric proanthocyanidins (OPCs). The name may be long and hard to pronounce but OPCs can benefit your health in incredible ways.  Inflammation is the body's natural immune response to injury but excess inflammation can lead to 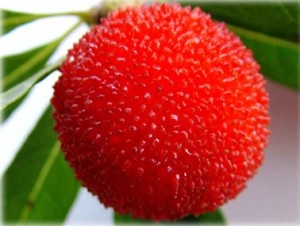 chronic conditions like autoimmune diseases and arthritis. The OPCs in yumberries can help relieve unnecessary inflammation and the pain associated with it. The OPCs in yumberries help protect and strengthen skin cell membranes to keep skin firm. Antioxidants are one of the skin's best defenses against premature aging.  OPC in "Yumberry" can reduce the blood pressure by restricting the activity of enzyme. Therefore, it is entitled “vitamin of protection on the cardiovascular system” by both domestic and foreign experts.The OPCs in yumberries fight free radicals to prevent the oxidation of LDL “bad” cholesterol. This reduces inflammation in the arteries, lowers the risk of developing atherosclerosis, and supports overall cardiovascular health. As a kind of extremely 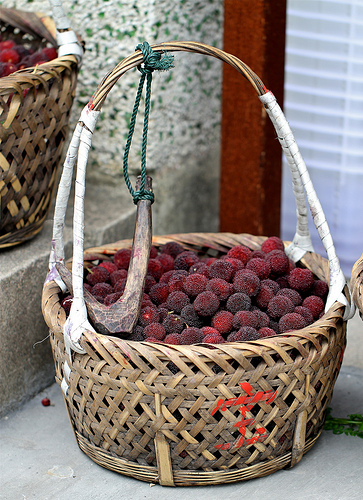 strong antioxidant capable of penetrating the brain-blood screen, OPC can repair and even nurture cells of cranial nerves, so it plays a role in the process of preventing apoplexy and hemiplegic paralysis. The health and diseases of human bodies are relatively determined by the born genetic structure of human beings. The attack from free radicals on genes may cause sudden mutations and changes of genes, which is the source of many different diseases, including cancers and tumors.  The exceptionally strong capability of anti-oxidation of OPC and its capability of penetrating the blood-brain screen can completely clear off all the free radicals inside human bodies and protect human organs and tissues to the greatest degrees. In this way all kinds of diseases can be prevented before they are created. This is why "Yumberry" OPC has become the best choice 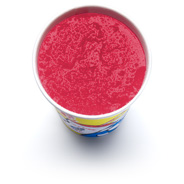 among all the diversified varieties of anti-aging health foods in the developed nations of North America and West Europe. The free radicals’ erosion and damage on sclerotin collagen and other connective tissue is the main cause of arthritis.  "Yumberry" OPC enjoys an especially outstanding treating effect on sclerotin arthritis, rheumatism arthritis, and psoriasis arthritis. On the one hand, OPC can cure all kinds of pains from arthritis by its special function of anti-inflammation, clear-off on free radicals (the function of anti-oxidation), and its neutralizing and protection effect on connective tissue of joints. On the other hand, OPC can effectively prevent the releasing of various factors of inflammation, and 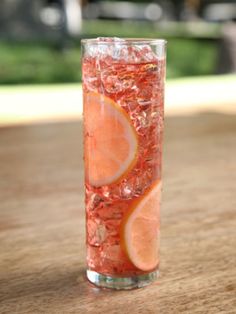 obstruct the composing of some compounds deteriorating inflammation. Therefore, OPC can effectively obstruct and prevent the arthritis. The OPCs in yumberries help protect and strengthen skin cell membranes to keep skin firm. Antioxidants are one of the skin's best defenses against premature aging. This appetizing rich fruit acid can do many functions. It aids saliva secretion, and will clear up hard digested food in your stomach. It will also prevent body sugar from being converted to fat. It is rich in polynutrients and the anti-oxidants oligomeric proanthocyanidins and anthocyanin, which give the fruit its deep reddish-purple colour. 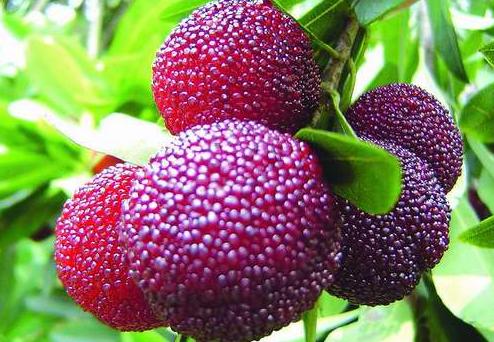 Yumberries can help protect your eyes against damage caused by prolonged exposure to the sun's harmful ultraviolet rays. High intensity UV rays can harm the retina and increase the risk for developing cataracts but the powerful antioxidants in yumberries help combat this oxidative damage caused by the sun. It is very high in vitamin C, and the fruit has been cultivated for thousands of years in China, where today it is eaten raw, fermented into alcoholic beverages, and used to produce a distinct reddish dye, which is extracted from the bark of the tree. It  is a subtropical tree grown for its sweet, crimson to dark purple-red, edible fruit.

Yumberry is reported to possess many medicinal uses, acting as an astringent,

cardiac tonic, carminative and stomach tonic as well. This berry is so good for health just like all the berries in the world. Ellagic acid and quercetin are also found in Yumberry. Ellagic acid is a potent anti-oxidant shown to have potent DNA protective effects and skin elastin protective effects aiding in younger and healthier looking skin. Quercetin has numerous beneficial effects on heart health, cancer prevention, and has antihistamine and anti-inflammatory effects. 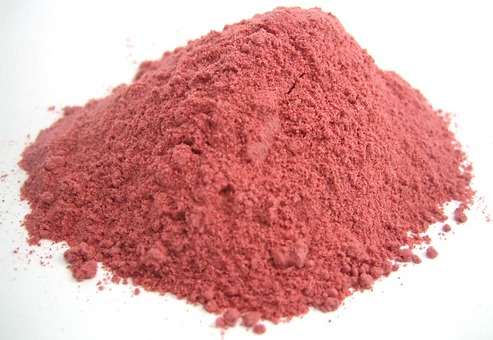 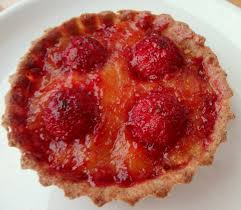 water to make yumberry juice, or blend it in juices, smoothies, and yogurt. It can also be sprinkled over cereal or oatmeal, and added to cookies, energy squares, and other treats. You can also blend 2-3 tsps a day of super fruit powder with tea, cereals, ice creams, milks, pies, cakes, cookie fillings or desserts.

If you're looking for a low-calorie treat to satisfy your sweet tooth, yumberries make a good 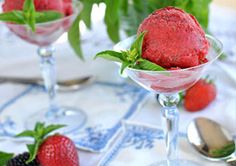 choice. One yumberry contains 6 calories, so 16 yumberries makes a satisfying 100-calorie snack. Most Americans eat way too many calories, according to the Dietary Guidelines for Americans 2010, which is why overweight and obesity has become so prevalent. Finding low-calorie foods to eat, like the yumberry, may help you eat fewer overall calories and help you get to and maintain a healthy weight. 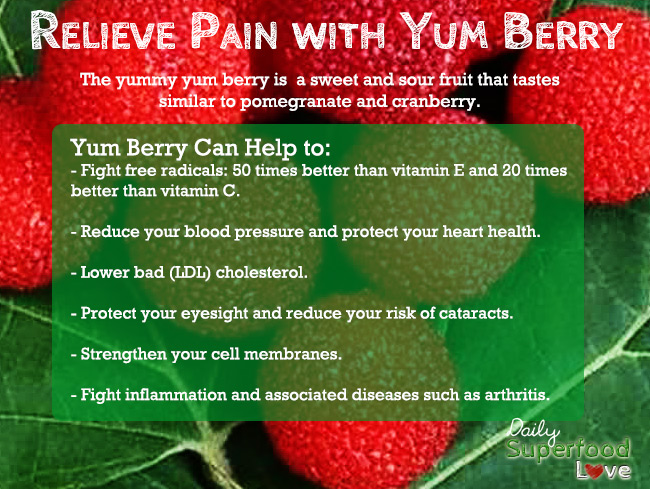 (all the pictures are sourced from internet)

You need to be a member of Drivingdreams.In to add comments!